Meet the stars who have played onscreen siblings and onscreen lovers

All in the family… because only in movies can you tie a rakhi to someone and then romantically dance around the trees with them too.

Ranveer Singh & Priyanka Chopra:
They’re playing siblings in Zoya Akhtar’s Dil Dhadakne Do, but they’ve seduced each other, and reduced each other to objects of desire in Gunday (2014).
[ad name=”HTML-1″]
Dipping in the sea; dancing in barely-there clothes, the works. And after they’re done indulging in sibling revelry, they will be seen as husband and wife in the

Deepika Padukone & Arjun Rampal:
Sorry to bring back terrible memories, but remember these two in Sajid Khan’s Housefull (2010)? They must be Bollywood’s tallest onscreen siblings. And before that, in 2007, Arjun ruined Deepika and SRK’s love life in Om Shaanti Om, and then paid the price. The price of ek chutki sindoor.

Abhishek Bachchan & Asin:
In Rohit Shetty’s Bol Bachchan (2012), they played siblings, I’m told. Journalistic ethic be damned, I’m not watching Bol Bachchan even for research. So let’s go by my colleagues’ word. And in the upcoming film All Is Well, they’re paired opposite each other.[ad name=”HTML-1″] 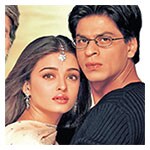 Shah Rukh Khan & Aishwarya Rai:
These two raised hell as twins in Josh (2000), but what was more unbelievable than SRK and Ash playing siblings, was that Ash would fall in love with *Chandrachur Singh*. Kuch bhi!
In the same year, Aishwarya also played SRK’s deceased lover in Mohabbatein, and two years later, they played the star-crossed lovers, Dev and Paro in SLB’s Devdas. Wait a few years; they might turn up as maa and beta this time.

Juhi Chawla & Sanjay Suri:
A very pregnant (real life) Juhi romanced her (reel life) hubby Sanjay Suri in Jhankar Beats (2003). And then these two broke our hearts by playing an HIV infected brother and his pillar-of-strength sister in My Brother Nikhil (2005).[ad name=”HTML-1″]